David Ashton was elected a s a Councillor for Centenary ward in May 2022. He has previously been a councillor for the same area from 1998 to 2010, when it was Wemborough, and later Belmont. David was Leader of the Council from 2008 to 2010. He returned to professional life as an Expert Witness in 2010. He is now largely retired from professional practice, and looks forward to serving in the new Conservative administration as Portfolio Holder for Finance. David has a strong financial background as a Chartered Accountant working in financial consulting for many years.

His interests include walking, bridge and travel. He is married to Marilyn, and has two adult sons and two teenage grandchildren, of whom he is very proud. David has lived in Harrow since he got married, which was 46 years ago.

David looks forward to applying his expertise to Harrow Council and making a positive difference to the lives of Harrow residents in general, and Centenary residents in particular. He currently serves as the Cabinet Member responsible for Finance and Human Resources. 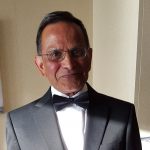 Govind Bharadia has been a resident in Harrow for number of years. He is a Teacher, Lecturer by profession, his industry experience stretch from Electronics, Tourism to Education.  Public speaking, Community leadership and Organisational transformation is at the core of Govind’s work. 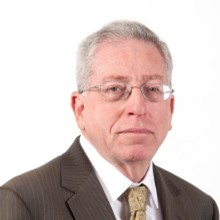