Conservative Councillor Speaks Out Against Vandalism 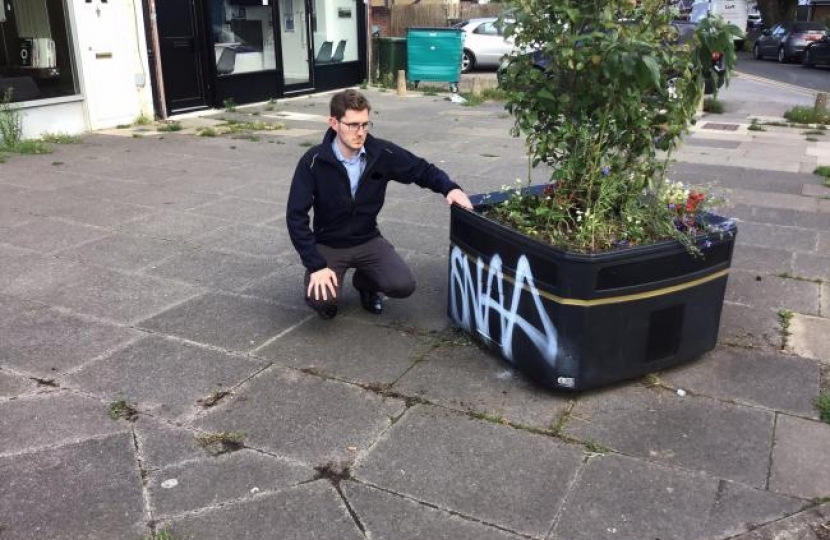 Cllr Chris Baxter, Conservative Councillor for Headstone North, has spoken out against the recent spate of graffiti vandalism in Headstone Lane.

As a result of this vandalism, volunteers have had to scrub the spray paint off of walls and containers, only for vandals to strike again within a matter of days. Cllr Baxter has commended residents for their hard work in tackling graffiti and has condemned the vandals for having absolutely no respect for the area or local people.

"I am livid. Residents have, understandably, had enough of waking up and seeing another round of graffiti from the railway bridge all the way to Parkfield Avenue."

Harrow Conservatives have proposed in budget amendments to increase the amount of funding to tackle anti-social behaviour and to increase street cleaning. While Labour has previously chosen to vote against extra funding for these measures, if the Conservatives win in the May 2022 Council elections, tackling anti-social behaviour and improving the cleanliness of the borough will be a priority.

Our Plan for Growth

Chancellor Kwasi Kwarteng on Our Plan for Growth in the economy