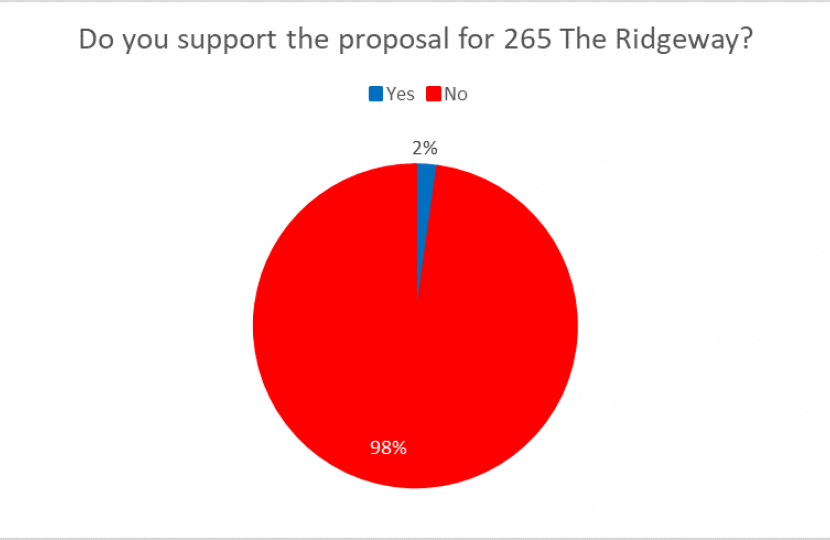 Harrow Conservatives asked local people whether they supported the proposed development at 265 The Ridgeway.

Thank you for voting in our poll.

You may be aware that at a Planning Committee last week, Councillors decisively rejected the application to develop 265 The Ridgeway. The official reasons for refusal were strengthened by Cllr Marilyn Ashton, Conservative spokesperson for Planning. The original reasons for refusal did not specifically rule the proposal out due to the height and density of the development, Cllr Ashton proposed that the size of the development be included as a reason for refusal, this will send a clear message to any other applicant thinking of developing 265 The Ridgeway.