Last night (Thursday 9th Jan), despite Conservative Council Group Leader Cllr Paul Osborn's calls for more inclusive and diverse decision making at Harrow Council, the Labour administration says greater inclusively and diversity is "not a priority". Harrow Council’s Labour administration like to talk about cross-party working, but in reality they simply drip feed limited information to Conservative Councillors after the important decisions have already been made. For a truly cross-party approach Cllr Osborn suggested creating a non-executive Cabinet position for an opposition Councillor to bring an outside voice into the heart of Harrow Council’s decision making, sadly Labour Leader Cllr Graham Henson wasn’t interested. 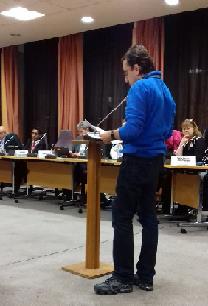 When Conservative Group Deputy Leader Cllr Marilyn Ashton asked why (given the excessively high Council Tax in Harrow) the Council didn't offer a free Christmas tree collection service, she was surprised to be told by the Labour administration that it is residents fault. Cllr Ashton also did not receive an answer from the Labour Leader for why Harrow residents pay one of the highest Council Taxes in London, but get less in return for their money. Neighbouring Conservative run Councils in Barnet and Hillingdon do offer a free Christmas tree kerbside collection service, it seems the only way Harrow will get the same is if the Conservatives win the Council election in May 2022.

Councillor Richard Almond criticised the progress of the Labour Council's depot, stating: "The depot is a steel frame you can see straight through, the same can be said for this administration". After years of dither and delay, Harrow is still no closer to any prospect of real regeneration, meanwhile local residents are still paying the costs for Labour’s flawed and failing regeneration project.

When asked, Cllr Graham Henson, Harrow's Labour Leader, failed to say how many Labour Councillors it takes to change a light bulb.  Deputy Leader Cllr Ashton asked this question due to the longstanding issue with the broken underpass lights near Morrison’s in Harrow Town Centre, which the Labour administration has repeatedly failed to fix. Lack of lighting in underpasses enables anti-social behaviour and leaves residents feeling vulnerable at night. Inaction and excuses is not enough, Harrow Council needs to deliver for local people.

Chancellor of the Exchequer, Rishi Sunak on the Winter Economy Plan