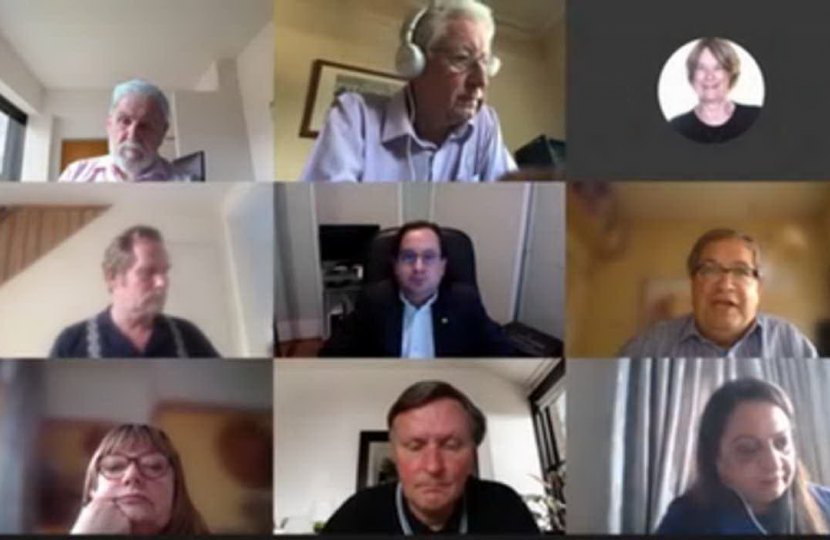 At the last Cabinet meeting Harrow Council Conservative Group Leader Cllr Paul Osborn called for the Council to consider making discretionary Covid-19 business payments to sole traders and nurseries, who thus far been left out. He stated that it is vitally important that the Council ensures all businesses are supported during this difficult time.

Cllr Osborn also warned that Council’s Covid-19 Street Space plan may negatively affect elderly and disabled people. He said if too many parking spaces were removed and parking near shops was restricted then vulnerable people would find it harder to visit the shops. He reminded the Cabinet that while the Council’s plan was right to encourage more cycling and walking in the borough, the Council must remember that some people are unable to walk or cycle any great distance.

Both Cllr Osborn and Cllr Ashton questioned the wisdom of continuing with the Labour Council’s long delayed regeneration project. The Council’s plans to build both commercial and residential buildings should be put on hold as the current Covid-19 crisis will dramatically impact the property market. It was pointed out by Cllr Osborn that due to significant changes in property demand which the current crisis will cause, the Council could end up with a new Civic Centre which would be obsolete before it is even built.

Furthermore, Cllr Ashton questioned Cllr Keith Ferry, the Labour Deputy Leader of Harrow Council about mistakes made in information sent to residents and stakeholders about contentious planning applications. Cllr Ashton made it clear to Cllr Ferry that persistent mistakes will lead to residents and stakeholders losing confidence in the Councils’ ability to discharge its planning duties competently. What was most alarming was that Cllr Ferry seemed totally unaware of these mistakes within his own department. Cabinet members should be in command of their portfolios, Harrow deserves better than this.

The independent investigation into alleged discrimination in the Party has now concluded.