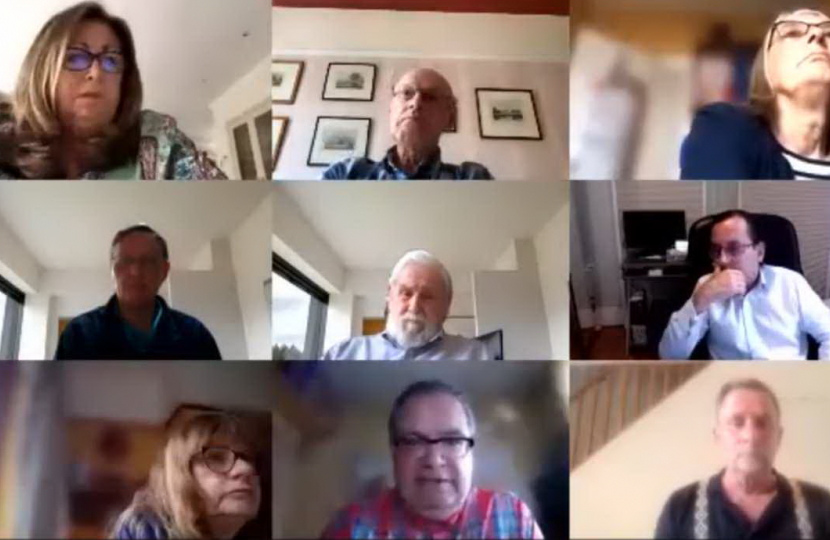 The July Harrow Council Cabinet meeting saw yet another shambles of a virtual meeting, with residents struggling to ask questions and present a petition on the controversial proposed development at 265 The Ridgeway. It has been Harrow Conservatives position since May that the Council’s insistence on using Microsoft Teams means that meetings are less accessible, and less accountable, to local residents. It is unacceptable that residents had major issues trying to get their voices heard.

Harrow Council Conservative Leader Cllr Paul Osborn raised the issue of the Waste and Recycling Centre booking system. There have been numerous issues reported by residents who have said they struggle book an appointment. The administration has promised to investigate the issues raised by Councillor Osborn.

Cllr Osborn again asked the Labour administration to take another look at its regeneration strategy. Covid-19 will permanently change both the residential and commercial property market, therefore all and any plans made prior to Covid-19 need to be reassessed. He stated that carrying on with the same regeneration strategy, given the current crisis, is not a forward looking approach and will not deliver for local people. He also commented that the Council’s regeneration strategy is too narrowly focused on Wealdstone and building a new Civic Centre, ignoring other areas in the borough which would benefit from investment.

Cllr Marilyn Ashton challenged the Labour administration on their decision to remove both the Long Elmes doctor’s surgery and the Headstone Horticultural Society from their site in Long Elmes to build four houses. Despite the Horticultural Society being at this site since WW2 and the doctor’s surgery providing a valuable community service for local people, the Labour Leader of the Council, Cllr Graham Henson, would not change the decision.

Cllr Ashton has questioned the logic behind the Council’s Street Space proposals which will lead to many roads being closed off as well as a loss of parking bays at shopping locations. If these schemes go ahead they will negatively affect local businesses as well as causing congestion on many roads in Harrow. Cllr Ashton also commented that the complete lack of proper consultation with residents is a very high handed approach by the Council which is unfair on local residents. The administration has promised to review the effect of its proposals; Harrow Conservatives will hold them to this.

Today we have published our Covid-19 UK Vaccines Delivery Plan, setting out how we plan to deliver the biggest vaccination programme in British history, to protect all those who need it most as quickly as possible.